A Clean-Energy Future: Where Do We Go From Here? 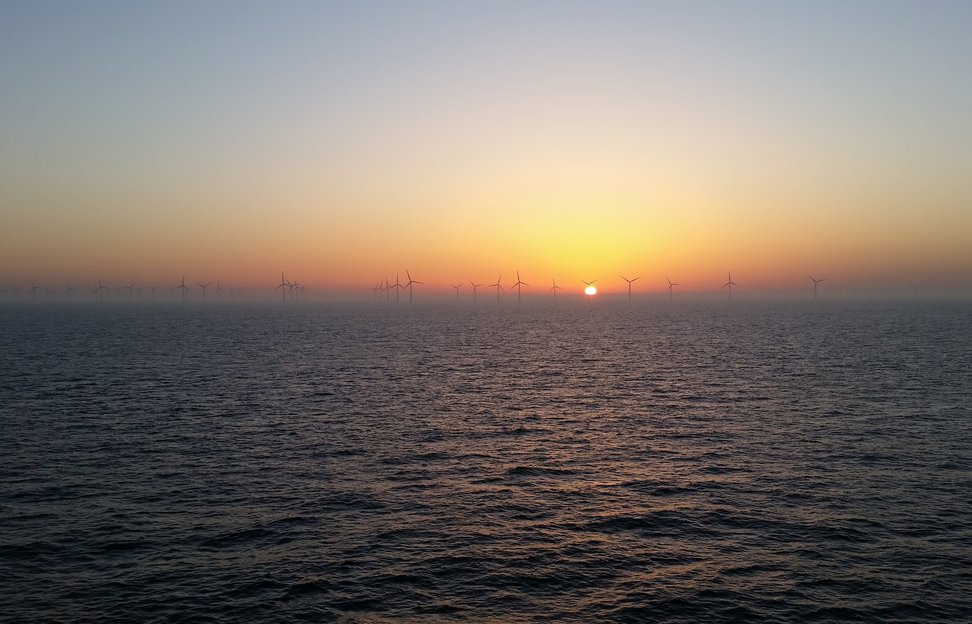 2015 has been a remarkable year: a ground-breaking Paris COP21 Accord; 8m tons CO2 has been retired by Chevrolet to benefit the planet; Bill Gates’ Breakthrough Energy Coalition has launched and the Pope’s Encyclical places addressing climate change at the heart of religious discernment.

So where do we go from here? Particularly if we are to deliver on the radical climate goals that Paris has now established?

One clean energy road leads on from Chevy’s Carbon Reduction Initiative (CRI), building on its $40 million 2010 commitment delivered this year to reduce 8 million metric tons CO2 – which drove Chevrolet, their clean energy campus project partners, #CleanEnergyU student leaders and myself to the White House in 2015 with all our pledges to Act On Climate.  These stakeholders have already shared their “insider” perspectives explaining how Chevy was able to create such a transformative road to a clean energy future.

So today, as we leave the hallowed halls of Paris COP21, we ask where these clean energy roads could lead us from here if we’re to actually deliver on the 1.5 degree rise goals that our planet needs?

When Chevrolet pioneered a new carbon credit methodology to open the door for campuses to access carbon capital funding to accelerate their clean energy performance, stakeholders like Janet Peace of C2ES called it an “entirely new template in the carbon market that multiplied Chevrolet’s own leadership by empowering others to take the same high road.”

So, looking forward, where can this road lead us now?

Certainly, more companies can now choose to buy colleges’ energy efficiency (EE) carbon credits and an expanding number of campuses can now also jump in and take advantage of this formula that enables them to turn their clean-energy efforts into revenues – to accelerate their clean energy performances. Given that the majority of our GHG emissions are energy-based, this expands energy efficiency based credits as a vital new segment in the US carbon market,

But are we only looking at an expanding EE carbon capital access for colleges?

As Mark Kenber, CEO Climate Group, commented: “When I first heard of Chevy’s CRI, I thought this is fantastic – they believe in climate change – about time! And how surprising that it’s a US car company bringing this initiative… “Then I asked: how does this link to their core strategy… the knotty problem of transport emissions… could there be a 2030 vision for zero emissions vehicle? What’s the next step to connect this to their fleet?”

Mary Barra, GM CEO, was setting herself this same challenge when, at the White House alongside CEO’s from Google and Apple, GM embraced the President’s Business Acts on Climate pledge. Barra declared publicly that GM would help mainstream electric vehicles through collaborative stakeholder partnerships.

The obstacles to achieving her EV vision are well known: drivers’ range anxiety, lack of alternative vehicle charging infrastructure – and how to compound Moore’s law to decrease battery costs while increasing their charge capacity.

Carbon credit capital typically generates 5-25% of the incremental capital needed to drive clean tech innovations: “The scale and business case behind Chevy innovations are impressive” commented Andy Stevenson, formerly with Citadel Capital. “For campuses, we could see up to a 2.5% increase in return on investment from their carbon funding.”

GM recognizes that installing charging stations in our workplaces increases the probability of purchasing an electric vehicle by 20%. But GM faces the same challenge with EV charging installations as they did when they pioneered their first energy efficiency campus methodology to drive increase efficiency across the US grid: US offices, hospitals, municipal buildings aren’t located in GM’s own supply chain. How do they gain the influence to catalyze transformative change (for the second time around)?

As Chevy Advisor, Snehal Desai from Dow recognizes: “Auto companies like Chevy don’t have direct access to communities like universities to power their efficiency gains – which is what actually helps drive improvements in the US grid upon which their EV vehicles’ low carbon performance depends. These influential campuses aren’t part of Chevy’s own supply chain but rather are located in their indirect network.”

But with its first Campus Clean Energy Efficiency methodology, Chevy was able to access the “clout that dozens of campuses across the country can provide when using this new carbon capital to accelerate their communities’ clean energy efficiency performances. That’s a new way to drive change across a company’s indirect network for sure – and a very valuable one for Chevy!”

So GM has already committed to co-develop a second methodology to pioneer the application of new carbon capital funding to accelerate the installation of electric vehicle charging stations – particularly in those locations where we work. Chevy’s Environmental Advisors recently confirmed how such new carbon capital opened up transformative potential for campuses partnering with Chevy: could a similar process empower – and help mainstream – EV’s?

There’s certainly a need: take Southern Oregon University’s challenge, for example, as Roxane Beigel-Coryel explains: “When we built our new science building, we installed the ground wires for EV charging – but we can’t find the budget for the $8.5k needed for each charging station itself. New carbon revenues would accelerate our EV installations here – just like they did with our LEED buildings that received Chevy carbon funding!”

In fact, LEED building owners are natural partners to take advantage of such new funding incentives: “LEED buildings are exactly the kind of progressive locations whose property owners are keen to install these new EV charging systems,” commented Chris Pyke COO at USGBC’s GRESB. So just as USGBC partnered with Chevy to pioneer the campus methodology, the potential to collaborate in radical ways, forging new channel partnerships with USGBC, looks again very strategic.

Compounding such incentives, a coalition is also building to seed fund a third methodology which would give such LEED buildings across all major US sectors access to carbon revenues to accelerate such clean energy investments. It’s a short walk to expand Chevy’s campus LEED methodology to all other building sectors – and USGBC has already supplied the performance data needed to open up these new carbon revenues for LEED offices, hospitals, municipal buildings and beyond.

This time, GM is actively embracing radical collaboration from the outset: “We’re inviting other innovative, like-minded companies to join us – whether they’re competitors or not”, commented Rob Threlkeld.

For Andrew Winston, author of The Big Pivot, “that’s the definition of radical collaboration – the kind where unexpected partners work together to transform industries and solve systemic, shared problems. Companies in the same sector can co-operate on a so-called “pre-competitive basis” to mainstream clean tech markets: that’s the new high road that the most innovative companies travel.”

So how do Chevy’s Advisors see the road ahead? They recognize the transformative potential that the carbon capital markets can unlock – and challenge other companies to now also step up to the plate to embrace its potential: “Chevy has thrown down the gauntlet to challenge other companies to identify which energy-based innovations are strategic for their businesses” commented Andy Stevenson, “And then build new methodologies that will again open up carbon capital funding to accelerate other innovative clean tech’s success – to amplify investments to get US grid on a faster track to a clean energy future.”

Last July, GM alongside Google, Apple and 10 other companies pledged their support to deliver this faster track clean energy future – while also calling for a strong outcome in the Paris climate negotiations. That number has since grown to 154 businesses while last month 218 colleges joined university Presidents, students, NGO’s and myself at the White House to make that very same White House pledge. Now, post-Paris, we face a new challenge: how to deepen momentum to deliver on these COP21 goals. But Chevy’s innovation with a dozen campuses has already demonstrated what such cross-sector collaboration can achieve: unlocking the carbon markets to accelerate campuses’ clean energy performances was hailed as a “once in a decade achievement”, by Prof. Bob Koester of Ball State University.

So what, we asked the White House given all its new pledge partners, could 150 companies, 300 colleges and 4m student leaders now achieve together if a similarly open ended, deeply collaborative learning process were convened – as Chevy Advisors recognized would be essential – in order to identify the most disruptive innovations that would accelerate us towards a clean energy future? What if we all recognized the kind of stretch 2050 goals which companies and colleges already share in common – such as carbon neutrality by 2050 which 20% of all US campuses have already established, just like Google, Microsoft and Siemens?  And then – without as Snehal Desai put it “any preconceived ideas about how to deliver on these outcomes” – we ask how together we could achieve these goals even faster? After all, campuses like Ball State are already advancing their carbon neutral goal dates given the new carbon capital funding that their partnership with Chevy unlocked.

Why would we do this? As Mark Kenber recognizes: “100% renewable, decarbonisation, climate neutrality and a 2 ton personal carbon budget pledge by mid-century, linked with ambitious action in the short-term, are the only kinds of serious long-term targets which will give us a reasonable chance of keeping below 2 degrees and drive the innovation and investment necessary for us to get there.”

And why would such a process offer the prospect of bending the curve more rapidly to this 2 degree threshold? As Snehal put it: “Radical collaboration is what’s needed now. The world is made up of folks who know far more than you – and their contributions together add up to far more reach and impact than any company could achieve on its own.”

So where does the road to a clean energy future lead us from here?

We’re asking you that question – and inviting you to join us to co-design that innovative road together. 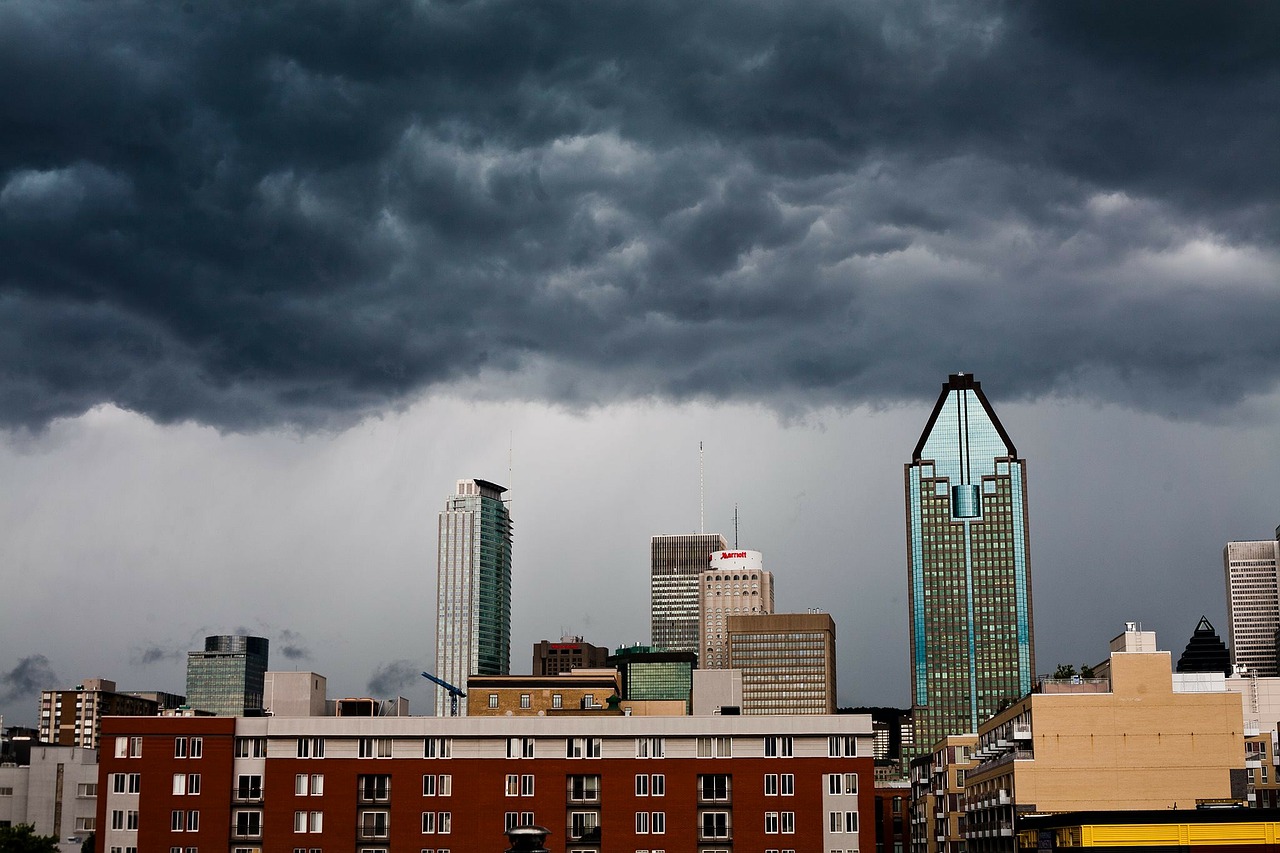 What Obama, the Real Estate Sector, and 130 Investors Have in Common 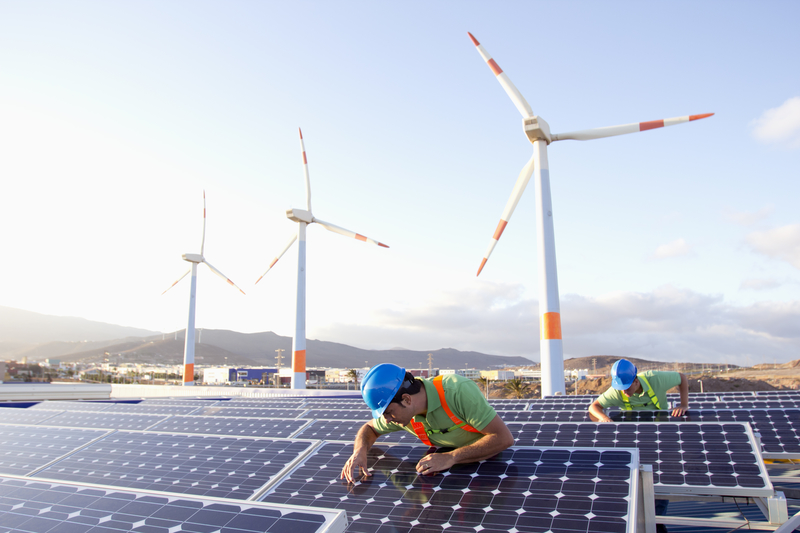 The Age Old Question: Does Green Power Cost More? Of Course (Not) 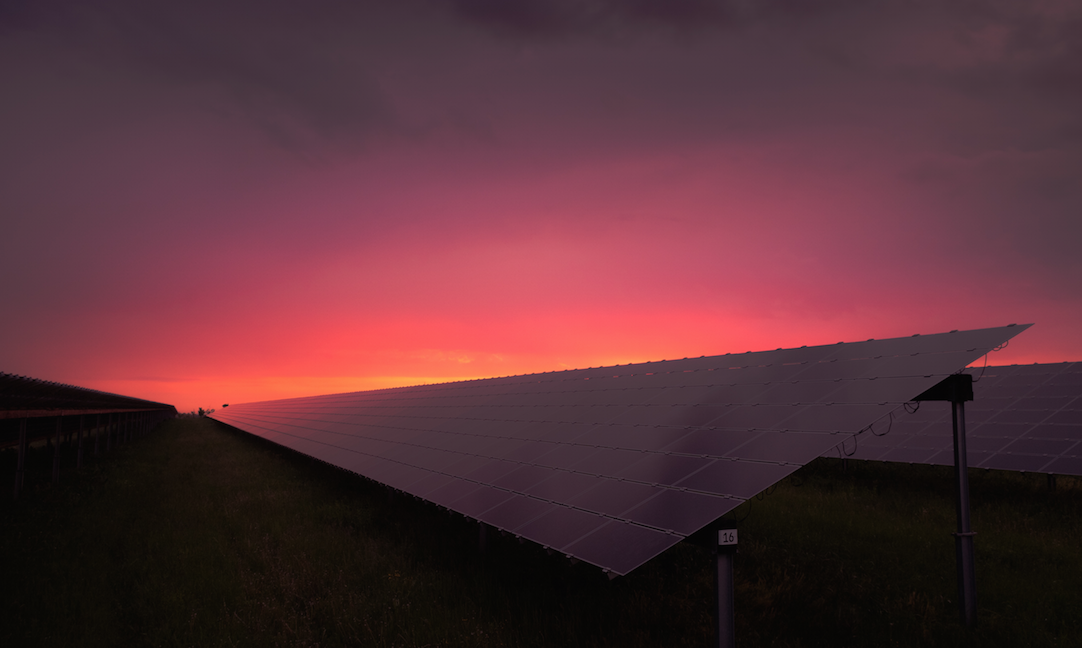