Every business wants to cash in on the green trend these days. But those who are serious about the environment often do it through site-specific environmental achievements, such as net-zero buildings. However, the evolving role of green technology and ever-shifting classifications for net-zero mean that businesses have to take a strategic and well-defined position when contemplating their own site conversion to the standard.

One of the struggles defining the push toward net-zero energy is settling on a common definition of precisely what a net-zero building is. On its face, it’s a simple concept: buildings generate at least as much energy as they consume. However, in terms of pure environmental benefit, that may not be the best way to calculate site energy. Source energy net zero buildings, on the other hand, factor in the energy consumed by site power generation, as well. That encourages site owners to opt for renewable sources, like wind and solar energy.

“While the majority of the technologies that make net-zero building possible have been around for a while, efficiencies are evolving at a rapid pace now, thanks mainly to the growing popularity of solar power.”

Since there is currently no official site certification process for ZNEs, businesses need to assign their own net zero classification and designation policies internally. Typically, it’s easier to fold energy efficiency features and renewable technology into new sites, rather than retrofit existing buildings, and that’s certainly the way that nationally-recognized standards like LEED are currently angled. So if a new site is in your future, work with architects and contractors that hold green building credentials, like the LEED AP Building Design + Construction certification. Board members, site managers, and other stakeholders also need to decide where renewable energy offsets will originate—off-site from utility-scale solar farms and facilities, or through on-site generation. If the consensus is for on-site renewable energy, it opens up a range of incentives and building programs that sites can use to offset the cost of solar energy.

Balancing site demand versus energy generation of course requires professional know-how, as well as specialized building design. But perhaps the biggest inhibitor to net-zero building is not the technology so much as the associated cost. A high-level finish net-zero building starts at around $200 per square foot—not exactly what you’d call cheap.

Federal, state, and utility-offered incentives for businesses are certainly the wisest way to offset these costs, but their perpetuity isn’t guaranteed. The national Business Energy Investment Tax Credit, for instance, drops off after 2019—and even so, its future isn’t a sure bet. While businesses should take the planning phase of site development seriously, the instability of the political climate for renewables makes securing these incentives as soon as possible a top priority.

Thirty-four years is a long time to the technology sector. While the majority of the technologies that make net-zero building possible have been around for a while, efficiencies are evolving at a rapid pace now, thanks mainly to the growing popularity of solar power. Green building shouldn’t be approached as a “one-and-one” technique. As part of a company’s energy roadmap, businesses should budget for site improvements and upgrades that occur as technology adapts and as inefficiencies are refined—and investing in those technologies could potentially alter site energy calculations as well.

For instance, there’s plenty of evidence to support the eventual adoption of electric vehicles as the standard for future commuters. So sites may potentially need to install EV charging stations in parking lots, which raises a question about how site-specific net zero energy calculations should be performed. Furthermore, there’s a good chance that solar storage will be where renewables head next, and if solar batteries were to become very robust and efficient in the next decade or two, the net zero standard could itself grow entirely moot. That fact alone argues for specific—but flexible—standards for green site energy portfolios. The world of energy for commercial buildings is evolving more quickly than ever, and businesses need to be adaptable enough to keep up.

Bryn Huntpalmer
Bryn Huntpalmer lives in Austin, Texas where she currently works as editor-in-chief of Modernize with the goal of empowering homeowners with the expert guidance and educational tools they need to take on big home projects with confidence. 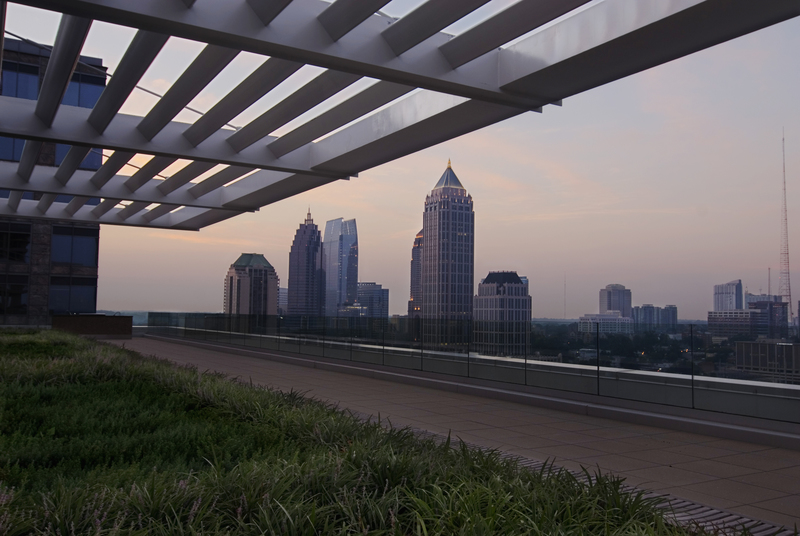