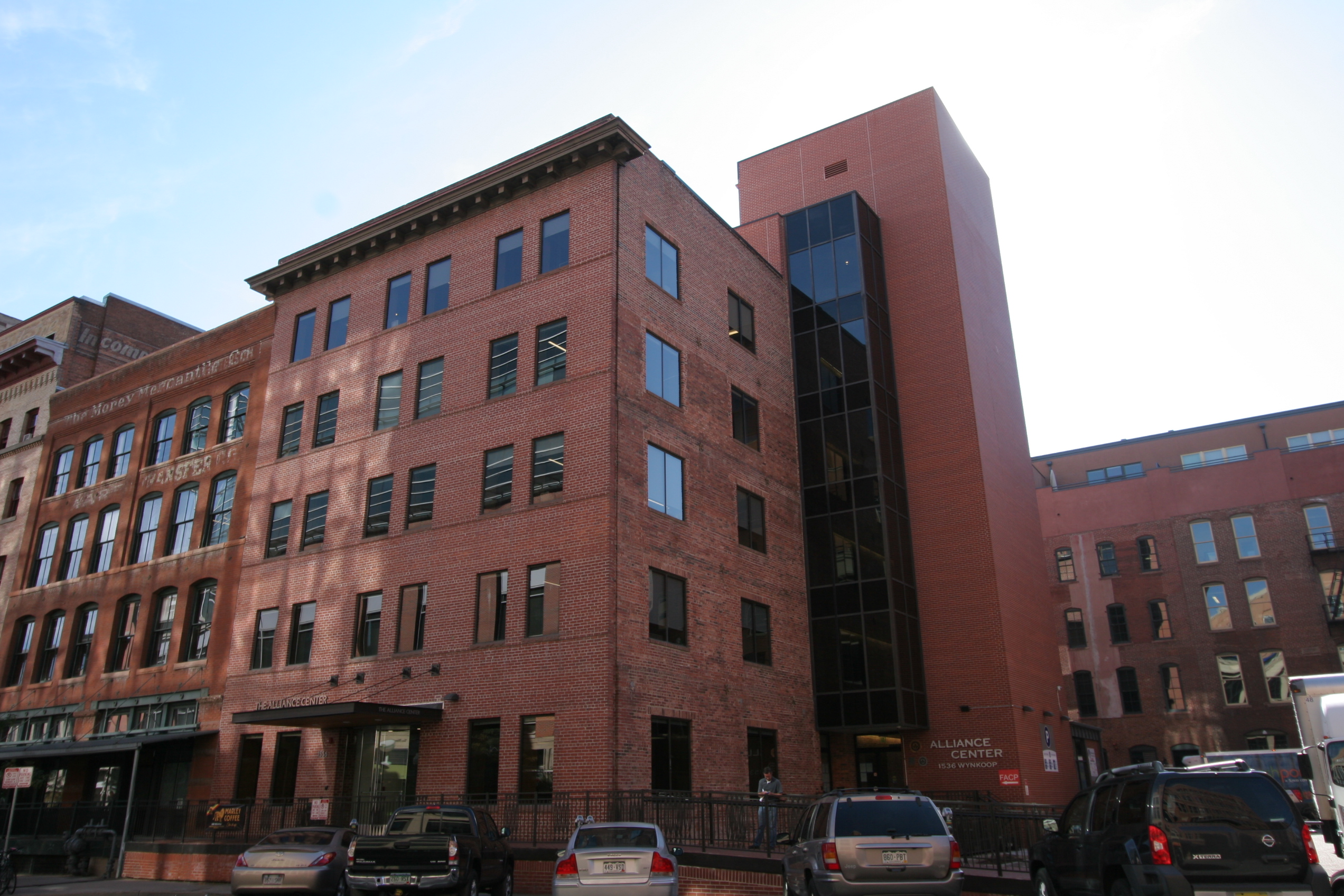 "The greenest building is the one already built." -Carl Elefante
This insight applies to
The Alliance Center

The Alliance Center has been a multi-tenant office building since 2004 and has historically housed over 35 tenants working on sustainability in a converted century-old warehouse. Previous building improvements resulted in the Center achieving two LEED certifications (Existing Buildings Gold and Commercial Interiors Silver) and an EPA ENERGY STAR rating of 85. The idea was to support Colorado’s sustainability community through high quality and affordable office space and services as well as to serve as an educational outreach center promoting sustainability and the reuse of historic buildings. In June 2014, the Center completed a major renovation to upgrade its failing mechanical systems, mobilize tenant behavior and achieve greater cooperation in reducing unnecessary resource consumption. A variety of workspaces were built in order to accommodate every possible need – 18 technology-rich meeting rooms that vary in size from 4-200 occupancy, private offices, open floor plan suites, small huddle rooms and private phone booths.  The building is able to host all work environments from heads-down focus work to exciting collaborative team meetings. 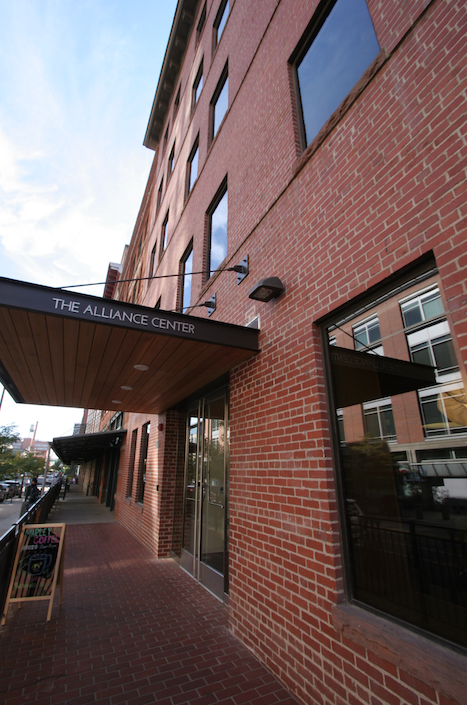 [Image Courtesy of The Alliance Center]

As owners of the Center, the Alliance for Sustainable Colorado estimated annual energy reductions of 29 percent and cost savings of $16,000 resulting from completion of the nine month project which began in September 2013. A key goal for the project was to create a replicable framework for use in transforming other existing buildings and helping to shift the commercial real estate market toward significantly higher resource efficiency.

Through the recent renovation, the building’s historic brick and Douglas fir wood beam construction has been retained. The Center’s recent renovation restored many of these historic features to their former glory and unveiled elements that had been hidden behind dropped ceilings and walls for many years.

In addition to addressing the failing mechanical system, the Alliance chose to implement solutions that improve occupant productivity and address the Center’s primary pre-renovation energy uses of plug and elevator loads (33%), heating (32%) and lighting (18%). Recognizing tenant behavior is the key driver of the Center’s energy performance, significant occupant engagement programming is also being undertaken.

The Alliance Center’s aging mechanical systems afforded an opportunity to upgrade a wide variety of building amenities and systems. Specific improvements made during the renovation project include:

The controls and submetering systems were also integrated into building dashboard educational displays so The Alliance Center can engage tenants in energy competitions.

While energy savings are important and part of the organization’s core mission, the end goal of the renovation project is to optimize building floor plate usage and maximize kBtu/capita instead of kBtu/sq ft by focusing on occupant productivity and satisfaction. The goal is to reduce overall energy usage while nearly doubling the building’s occupancy.

In addition to the solutions already mentioned, the Center intends to achieve this goal through significant tenant engagement combined with an innovative space design that makes better use of the building’s limited square footage. It is anticipated that a broader measure of building efficiency is possible and needed, one that focuses on how buildings impact and support people.

When the Alliance for Sustainable Colorado decided to undergo this renovation, the goal was to showcase Carl Elefante’s maxim, “The greenest building is the one already built.” Transforming existing buildings takes advantage of the energy embodied in their materials while reducing their energy and water consumption, which increase their profitability. The goal expanded to also vastly improve human productivity and innovation through space design and technology.  However, the ultimate goal is to bring these shifts in paradigms outside of the building and into commercial buildings everywhere.