Energy Benchmarking In Seattle: The Road to 2050 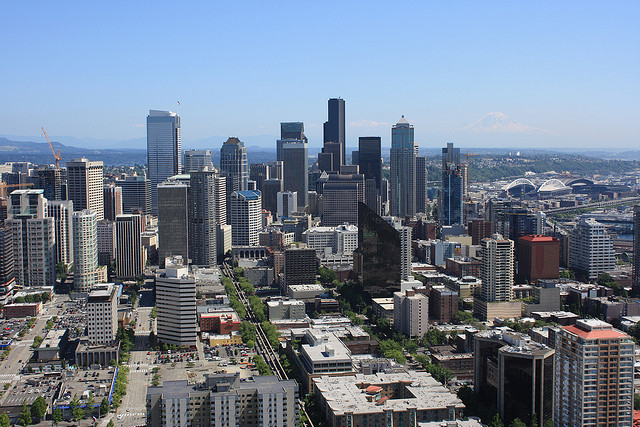 The City of Seattle has set a goal to reduce energy use by 20% across its building stock by 2020 and become a carbon neutral city by 2050. With an excellent track record in reducing the environmental impact of city operations, officials are pushing the envelope with an aggressive strategy to increase efficiencies for existing government buildings and large sized privately owned buildings. In 2010, city leaders passed an energy benchmarking and reporting law requiring non-residential and multifamily building owners to annually track and report energy performance through the U.S. EPA’s ENERGY STAR Portfolio Manager.

Cities that have passed similar legislations include New York, Washington DC, Philadelphia, Austin, and San Francisco. The reporting requirements in these cities do vary, with some requiring that building performance be publicly accessible online through a free website. Seattle’s legislation only requires the information be given to buyers, lessees or lenders of the buildings. While providing energy performance information for property owners and buyers is an important step in monetizing green building, some have argued that making the information fully public through a free website has greater impact.

Nonetheless, public participation and disclosure accompanied by increased government transparency have served as the city’s key strategies to reach the 2020 and 2050 targets. With net metering and energy auditing, city leaders are unveiling the mysteries of energy consumption enabling residents to contribute to this overall effort. Seattle’s leadership in setting energy efficiency goals serves as an inspiring example at the city level, where local governments and community residents collaborate to enhance the sustainability of the built environment.