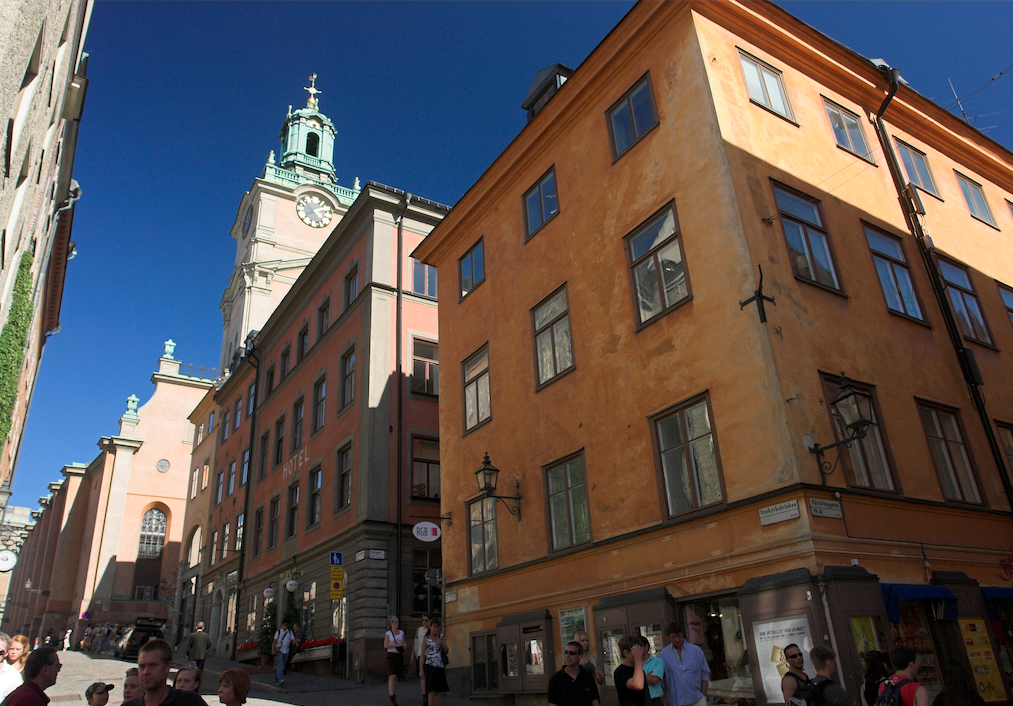 This insight applies to
Sweden

Recently, I found myself in Stockholm, Sweden for the 2014 Word Water Week conference. While I was there, I had the opportunity to visit the Sweden Green Building Council (SGBC), and thought I’d take the time to share my impressions of the organization and their rating system.

Founded in 2009, the SGBC is a small, but influential operation. Their headquarters are located in Sundyberg, a suburban part of the Stockholm municipal area. With just under 20 people, the organization is involved with a number of projects and provides several functions, including Green Building Education, LEED and BREEAM project certification, and an annual conference, which is called Building Sustainability SGBC 2014 this year.

One of the central accomplishments of the SGBC is the development and implementation of the Miljöbyggnad (MB—“Environmental Building” in English) system for sustainable building certification, which has expanded rapidly since its introduction in 2010.

MB consists of two major schemes: one for new construction, and one for existing buildings. Projects that meet the requirements can be awarded certificates at three levels: Gold, Silver, or Bronze. Since the standards of the MB system are based on the Swedish Building Regulations (BBR), which govern the entire country, it is highly applicable to most building projects there. A wide variety of buildings have been certified, but one of the most prominent projects is the Tele2Arena in Stockholm. This multi-purpose stadium earned its Gold certification in 2013.

In terms of content, the MB system is relatively simple, another important reason for its high level of uptake throughout the country. There are only 15 items measured for certification, all of which pertain directly to the buildingitself. The criteria can be clustered into three different categories: Energy, Materials, and Indoor Environmental Quality. The system does not include a portion devoted to Water Efficiency, as the resource is not threatened in Sweden.

Currently, the SGBC does not support its own form of sustainable urban planning system, though one is being developed. The sustainable urban planning system, entitled Hållbarhetscertifiering av Stadsdelar (HCS—“Sustainability Certification of Neighborhoods” in English)—is a collaborative project that SGBC bas been working on with numerous stakeholders. The involved parties include municipalities, contractors, building owners, energy companies, consultants, architects, universities, and research institutes. Using the input of these individuals and groups as well as inspiration from the BREEAM communities system, the SGBC will soon have a nationally applicable framework for sustainable urban development. In the long term, this system could turn into a scheme for all Nordic countries.

Despite its small size, the Swedish Green Building Council is working diligently to effect change in the Swedish building industry, and other Nordic countries. Like more than 80 other international organizations, the SGBC is a member organization of the WorldGBC which works to improve sustainable building practices on a global scale.

Adrienne Johnson
Adrienne is a recent graduate from Stanford’s undergraduate Civil Engineering program, and a current student in the university’s Sustainable Design and Construction Masters program. At the USGBC, she is a MAP Sustainable Energy Research Fellow, investigating water and energy efficiency and the role of sustainable building projects in the California water crisis.