LEED and GBEL: Hand in Hand in Promoting Green Building in China 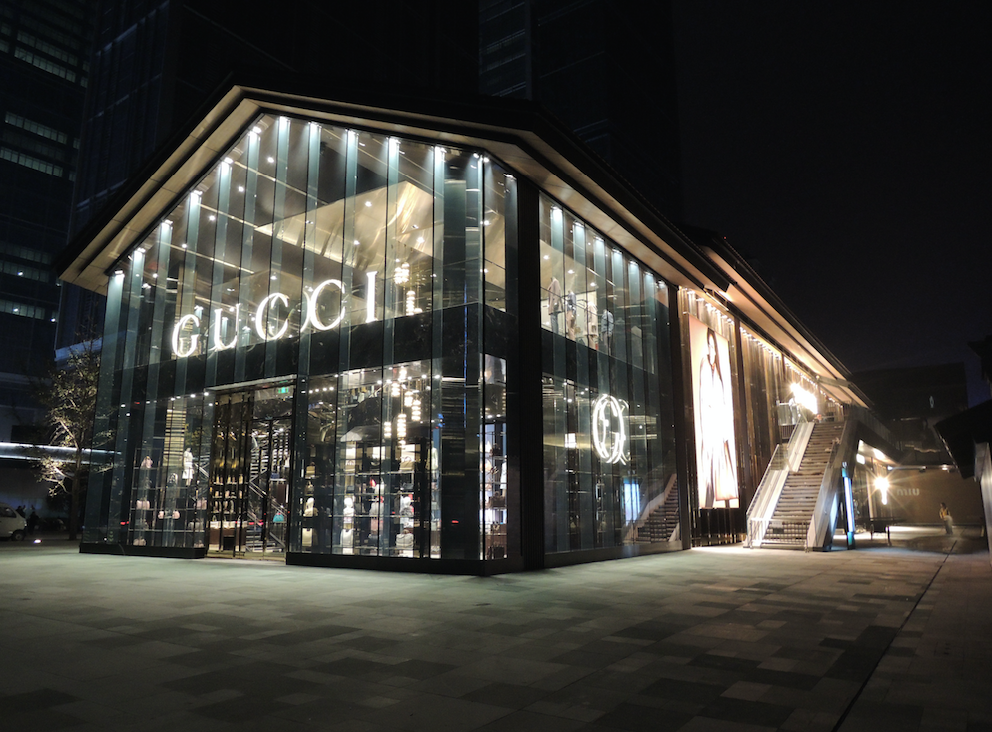 China will forever change the face of the green building market worldwide. Under extreme pressure to improve its environment, China is quickly becoming a center of innovation for sustainable solutions - and green buildings are at the forefront.
This insight applies to
GUCCI Chengdu Daci
China
BEE-Bisagni Environmental Enterprise
GBEL
LEED

For the past four decades great things have been happening in China, spurred by rapid urbanization. One after another brave new buildings are being erected, dramatically changing the skyline, redefining space. Entire cities are decided on and then built accordingly, rising up before our very eyes. According to analysts, by 2020 urbanization rate in China will reach 60%, an astonishing rate compared to just 18% during the economic reforms of 1978.

It’s worth noting that once upon a time one of the world’s most ancient civilizations emerged from this land. The difference between our ancestors and us is that we actually have the privilege of witnessing our cities evolve. But with this privilege comes a responsibility. We need to strategize, discover, and implement best practices in sustainability. After all, we’re not just talking about a few buildings; we’re talking about entire cities, and the great number of buildings that make them up—buildings whose footprint is interlocked with every other building’s own, affecting lives, impacting society, and generally taking a toll on the environment. It’s not enough to just think of buildings as standalone structures, devoid of any link with all the others. We need to think of cities like living organisms, where every individual component works in equilibrium to maintain life.

Fortunately, China has an impressive track record in urban planning. Successful pilot testing for economic development zones in 1979 has since paved the way for more ambitious urban planning, one that includes sustainability and the environment in its agenda. As writer and activist Peggy Liu remarks, “China has developed a refined process of piloting at city scale.” The most notable result of those efforts of course is the Sino-Singapore Tianjin Eco-City.

The really amazing thing about China right now is its fervent push to promote sustainability in its 12th Five-Year Plan. There’s an increased focus on energy here, especially since buildings comprise 30% of China’s primary energy consumption and may rise to 35% by 2050, according to a recent study by Tsinghua University. In fact, out of the seven priorities outlined in the Plan, three pertain to energy: clean renewable energy, energy preservation, and clean energy vehicles. Now in its final year, the results of the 12th 5-Year Plan are looking promising. Greenpeace recently reported an 8% reduction in coal consumption and a 5% reduction in CO2 emissions in China compared to last year. According to the Guardian, China this year has had a significant dip in coal imports (as much as 42%), and that’s well in line with the Plan’s goals to reduce coal dependence. It’s a sturdy, aggressive, and determined framework that builds on the environment-centric goals of the 11th 5-Year Plan, urgently addressing the nation’s can-no-longer-be-ignored pollution problem.

Green building is also at an all-time high in China this year, with the combined efforts of LEED and China’s homegrown certification system, the Green Building Evaluation Label (GBEL or China Three Star). Under these two systems there are currently more than 5,589 projects that are either certified or registered as green buildings (at the time of writing 2,395 are LEED and 3,194 are GBEL Design and/or Operational Label). 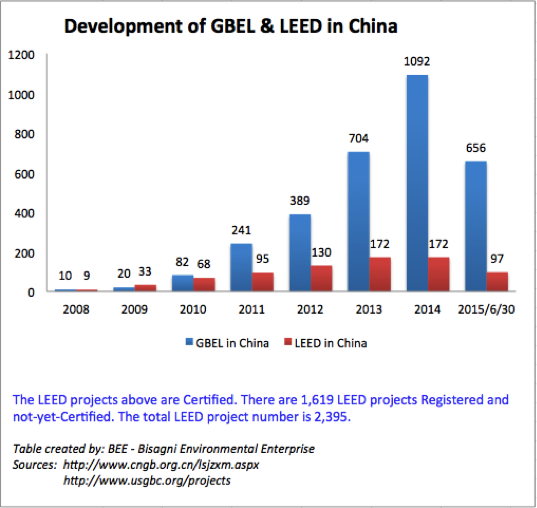 LEED, being a global brand and having enjoyed more than a decade of existence in China, has always been the favored standard in the country. However, GBEL-certified buildings are also steadily rising in number after government support was introduced and, in some cases, made certification mandatory. Buildings certified under the Design Label (which is a design-based-only rating similar to LEED’s Core and Shell “Precertification”) actually outnumber LEED projects; meanwhile we’d like to see more buildings succeed in getting Operation Label (currently less than 10% of GBEL projects), which is only earned after a year of evaluation after the project is opened. This one-full-year of review process has always been a missing component from LEED, which currently only relies on documentation requirements and a third-party review for certification. So in some ways, where LEED comes up short, GBEL is only happy to fill in. Incidentally, LEED has recently partnered with the WELL Standard and introduced the LEED Dynamic Plaque for monitoring a building’s overall health over time. This could be the USGBC’s response to that missing component of ongoing monitoring.

Perhaps, the most effective push from the government comes from the handing out of cash incentives and subsidies for green building projects that achieve the Operational Label (approximately 7 USD/sqm for 2-Star project and 13 USD/sqm for 3-Star projects). Hopefully, this encourages and inspires building owners in China, because for the most part there is still that wide gap between perceived costs and perceived benefits against real value and actual benefits of green building. Right now, lack of education is the biggest barrier to LEED and evolving this mindset—whether in the form of government subsidies, education, or even investment support from ESCOs (Energy Service/Savings Companies)—is crucial if green building is to truly succeed in China. At the moment, primary adoption of green building practices most commonly occurs at the level of multinational companies and large State-Owned Chinese companies, but with time the sustainability efforts will cascade to virtually every new construction in the country.

The really exciting thing about the state of green building in China is that its robust efforts open up the market for numerous industries such as HVAC, LED lighting, insulation, automation, energy monitoring, rainwater harvesting, etc. to innovate their respective technologies. In this way, very much as it was done in the past, China is becoming a favorable testing ground for innovation, inspiring new technologies, ideas, and green building solutions that will benefit the green building market worldwide.

We are at a point in history in which humankind can design, manipulate, and influence the outcomes of a city’s growth down to the last detail. Dual certification from LEED, and whatever green building standard a country has thoughtfully developed for itself, can go a long way hand in hand. Together they build on each other’s strengths and address their limitations. Dual certification energizes the market, opening opportunities for better policies, greener innovations and technology, and a smarter adaptation with the environment.

Alessandro Bisagni
Alessandro Bisagni is the Founder and Managing Director of BEE – a company that focuses on green building consulting and trading of sustainable construction materials. BEE is a GBCI recognized LEED Proven provider. The company specializes in building simulations, commissioning, and LEED / LBC / HK BEAM / China 3-Star Certifications. Alessandro has managed over 80 green building projects across 15 countries, with a combined GFA of over 30 million square feet. He is a LEED AP (BD+C), a BEAM Professional (incl. BI), an Associate Member of IEMA, and a Living Building Challenge Ambassador.