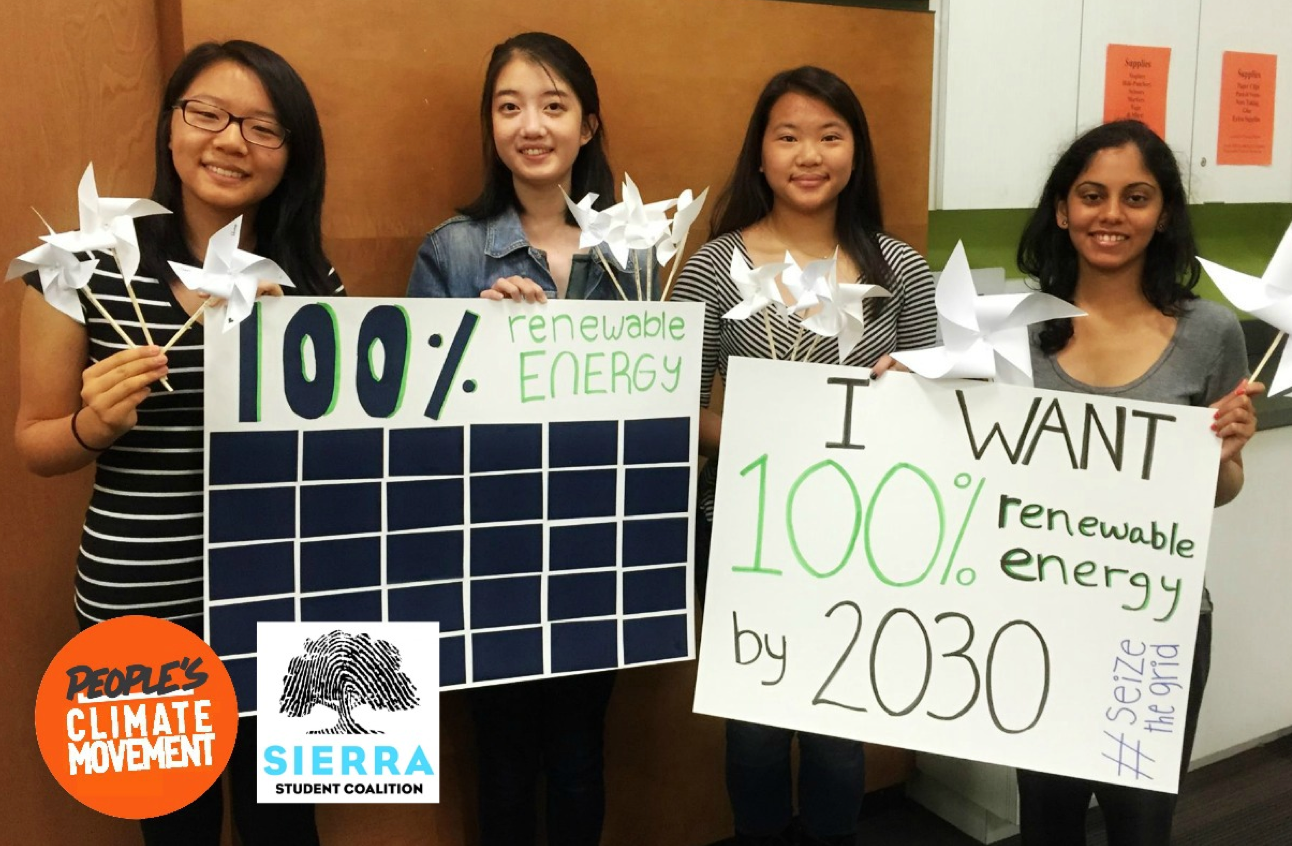 Ever wondered what it takes to convince a campus — or a company — to commit to go 100% renewable in its energy purchases?

There’s a serious group of companies now leading this pathway to RE100, lead by Mark Kenber at the Climate Group — with 38 companies now fully committed!

But on campuses across the US, student leaders are also committed to #seizethegrid — and securing new commitments from universities such as Loyola University Maryland to go 100% clean energy!

Wondering how they did it?  Did the Pope influence the Catholic university Loyola’s decision?

And read on to learn how 20 campuses are moving forward during today’s People’s Climate March to #seizethegrid and go 100% renewable! 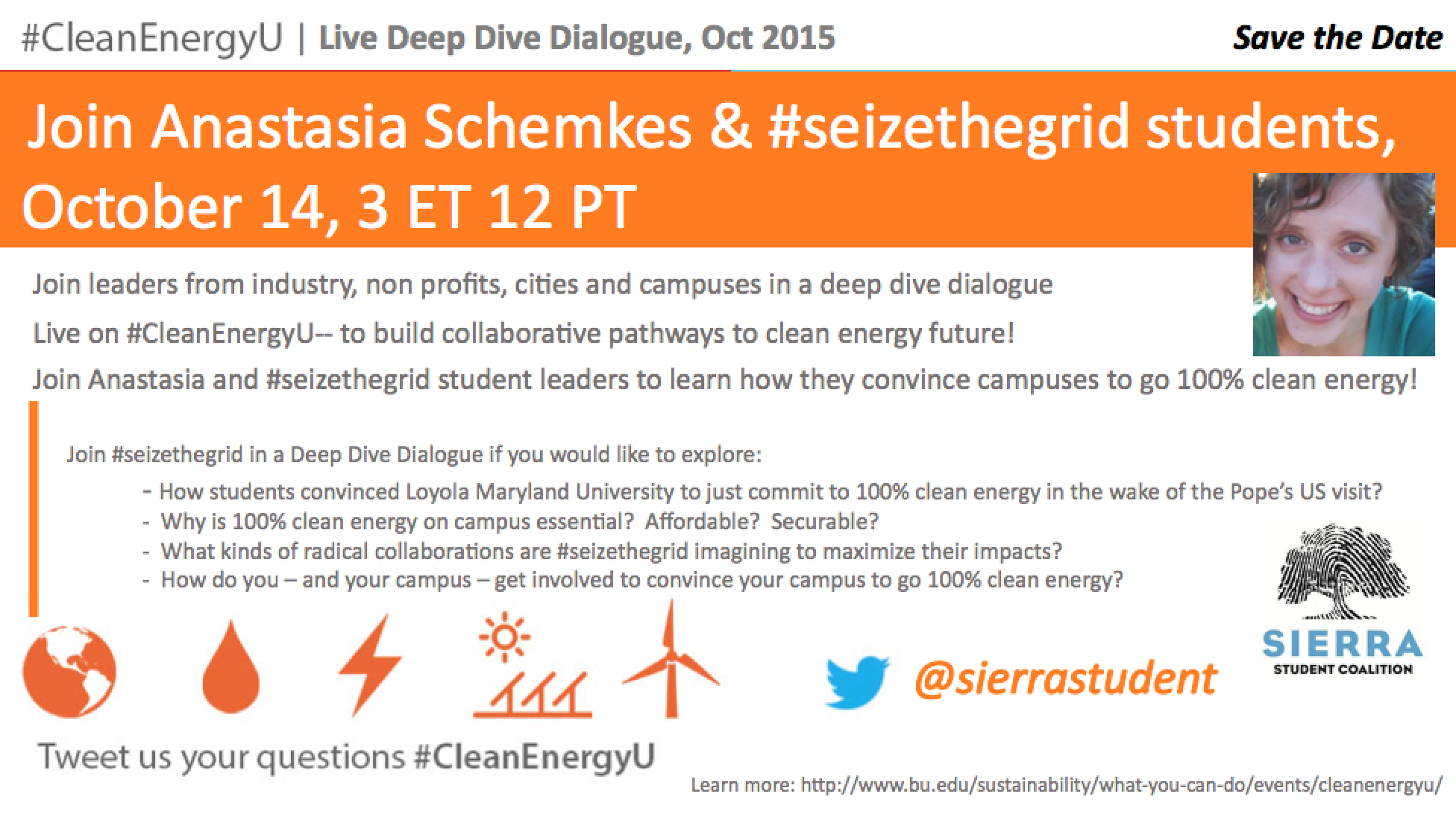 As the October 14th People’s Climate Movement National Day of Action rapidly approaches, nationwide #SeizetheGrid students are gearing up for their own clean energy-themed actions.

Nearly twenty STG campuses have actions planned for the week of the 14th — student actions range from photo petitions to large art displays to rallies on campus. There is one common theme between all of them: mobilize their fellow students for 100% clean energy.

Seize the Grid is the Sierra Student Coalition’s campaign for 100% clean energy by 2030 on campuses nationwide. Right now through Seize the Grid, students at 30 high schools, colleges and universities are pushing their Administrations to transform their energy purchasing practices and invest directly in clean energy solutions like solar and wind to power campus.

This October, Seize the Grid students are turning up the heat on their Administrations. Their actions, in conjunction with a national day of action, bring a spotlight to the issue at hand: our campuses can and must transition to 100% clean energy.

Among the many #SeizetheGrid highlights around October 14th, these are some that I’m looking forward to:

In addition to over a dozen more actions, including several events at high schools, across the country.

The significance of these events doesn’t start and stop with a campus transition to clean energy. At just 7 weeks out from COP21 where world leaders will meet for the international climate agreement negotiations – Seize the Grid students are building momentum to COP now.

Join Seize the Grid students the week of October 14th by hosting an action on your campus or joining an action in your community! Register or RSVP for an event here >> sc.org/ourfutureoct14

So feeling inspired to take your organization 100% renewable?

Join #SeizetheGrid campuses and @SierraStudent on Twitter on Oct 14th 3pm ET / Noon PT for a live dialogue: How can students and campuses best lead toward 100% clean energy – nationally and internationally? Tweet questions & comments as well as photos from your own events @SierraStudent  and use #SeizetheGrid #OurFuture and #CleanEnergyU to join the conversation on the 14th!

And join Microsoft, alongside other companies and campuses, during the #CleanEnergyU tweetathon Oct 20/21 to ask them questions about how they convinced their senior administrations to go 100% renewable too! 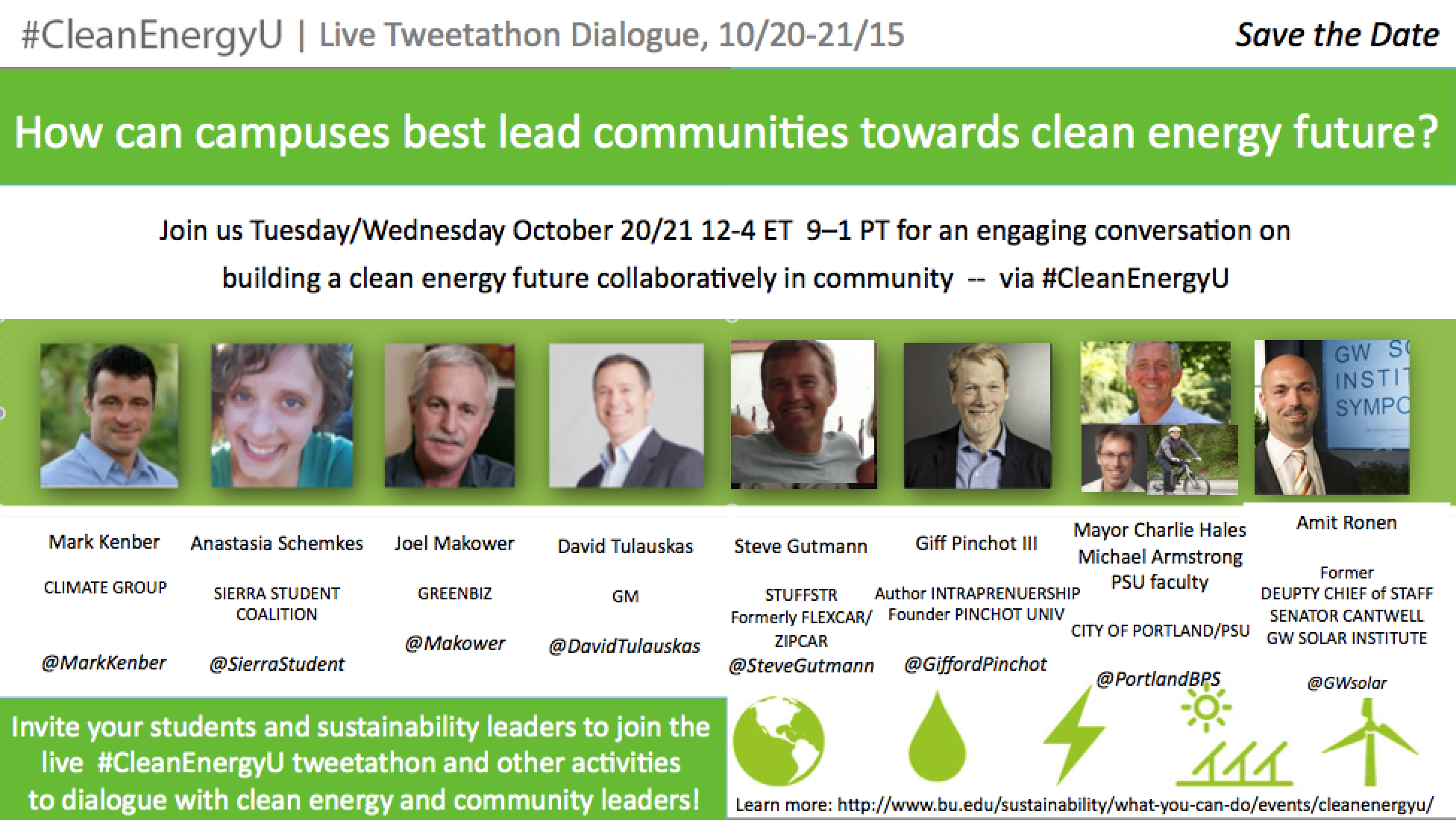