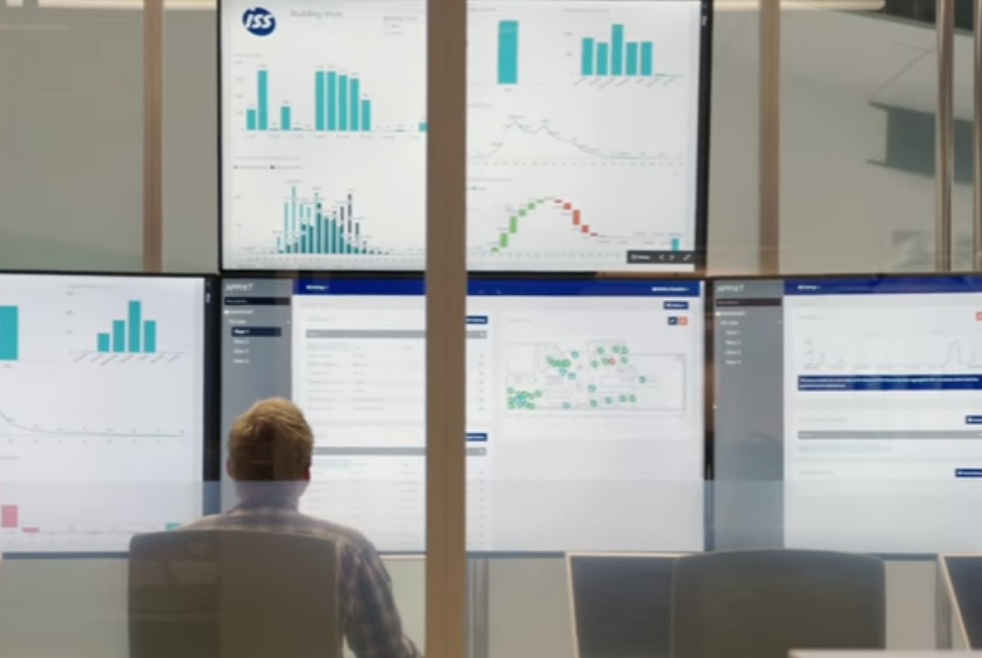 David Karpook, vice chairman of the Open Standards Consortium for Real Estate (OSCRE), recently published an article in Facility Executive, “Smart Buildings: It’s Still About The People Inside.” He writes, “No matter what the benefits and challenges are, the future of smart buildings is ultimately all about the people inside.”

I’m not so sure I agree that is what it’s “all about.” Sometimes the inhabitants of a building are primarily inanimate. For example, data centers are mostly “lights out” facilities which house servers, with humans present rarely. Like data centers, warehouses are populated more by things than humans. Both benefit from smart building tech, with features such as HVAC controls that reduce the risk of damage to computers and inventory from overheating.

What Tech are we talking About Again?
Karpook continues to discuss the value of smart office tech. “According to the Dell and Intel Future Workforce Study, conducted by PSB, 42% of millennials said they would quit a job with substandard technology and 82% said technology in the workplace influences the jobs they take.”

As an information worker myself, if I was surveyed about “technology in the workplace,” I’d immediately think of the technology I actually use such as Google Drive, marketing automation and content management systems, business intelligence, email, and video chat. The average office worker is likely to be entirely ignorant of the smart building tech in place.

I don’t think it’s reasonable to attribute those quotes regarding “workplace technology” to smart building tech specifically. Sure enough, the Dell and Intel Future Workforce Study references “collaborative tools and innovative technologies, such as internet of things (IoT) and Virtual Reality (VR).”

What you don’t know Still Benefits You
At ISS Facilities Management in Norway, smart building tech tracks how many employees are in the office each day, enabling the chef to more accurately plan for lunch, reducing food waste. When censors detect people haven’t shown up for a scheduled meeting, conference room lights can be shut off, and the room released for others.

In these cases, the average office worker probably doesn’t know about smart building tech, and doesn’t particularly care. But clearly smart building solutions can achieve reductions in costs and energy use. I simply don’t agree with Mr. Karpook that it is all about happy people. Although, to be fair, I suppose the people footing the bill for food and energy consumption would be happy about these improvements.

Iconic scene from an iconic movie: Michael, Samir and Peter destroy a printer

Smart building tech is simply too complex to boil down to one benefit. I realize that could be considered resounding endorsement. Technology with benefits so extensive you can’t isolate them to one group of recipients is beneficial indeed.

Eliminating Irritants
Karpook describes various IoT use cases that could make offices more enjoyable for the people inside, “something as simple as ordering paper automatically at the printer can improve day-to-day activities for building occupants.” I suspect I’m not the only one who, at the mention of printers as an irritant, automatically pictures Michael, Samir and Peter from the movie Office Space destroying the printer which tormented them.

The Right Mix of Smart Building Tech
Initially I disagreed with Karpook that smart building tech is “all about the people.” However he then seems to disagree with himself in the closing paragraph, “The next generation of smart buildings is all about finding the right mix of innovation to improve infrastructure, technology, and occupant well-being.”

Indeed. Balance is key. The use cases enabled by IoT are extensive, with plentiful and varied benefits. I don’t see the need for declaring any types of benefits superior to another.